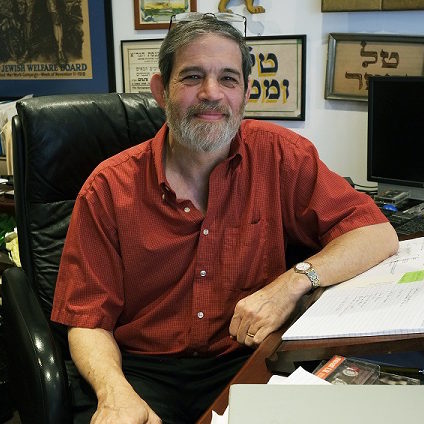 Rabbi Strassfeld was very active in the Havurah movement, having been the founding chairperson of the National Havurah Committee from 1979 to 1982.

Before coming to the SAJ, he held various positions at Congregation Ansche Chesed on the Upper West Side, including Director of Program and Development, Executive Director, and Rabbi of the congregation. Rabbi Strassfeld led the SAJ from 2001-2015.

Rabbi Strassfeld has been the author, editor or co-editor of numerous books and articles, including three versions of The Jewish Catalog, A Shabbat Haggadah: Ritual and Study Texts for the Home; and The Jewish Holidays, a guide to the holidays used in many Jewish households.

In 2000 he co-edited with his wife, Rabbi Joy Levitt, A Night of Questions, a Passover Haggadah published in 2000 by the Jewish Reconstructionist Federation.

His most recent work is A Book of Life: Embracing Judaism as a Spiritual Practice published in 2002 by Schocken Books..

Rabbi Strassfeld has created a CD called Songs to the Soul: Hassidic Nigunim (melodies) is available from the SAJ office.

In addition to his congregational and literary roles, Rabbi Strassfeld has been very active in a variety of community activities, both locally and nationally. He was one of the founders and a Board member of Beyond Shelter, a coalition of Manhattan synagogues concerned with homelessness; member of the board of Rabbis for Human Rights- North America; and Vice President of the Abraham Joshua Heschel School. Rabbi Strassfeld currently is a member of the faculty of The Institute for Jewish Spirituality.